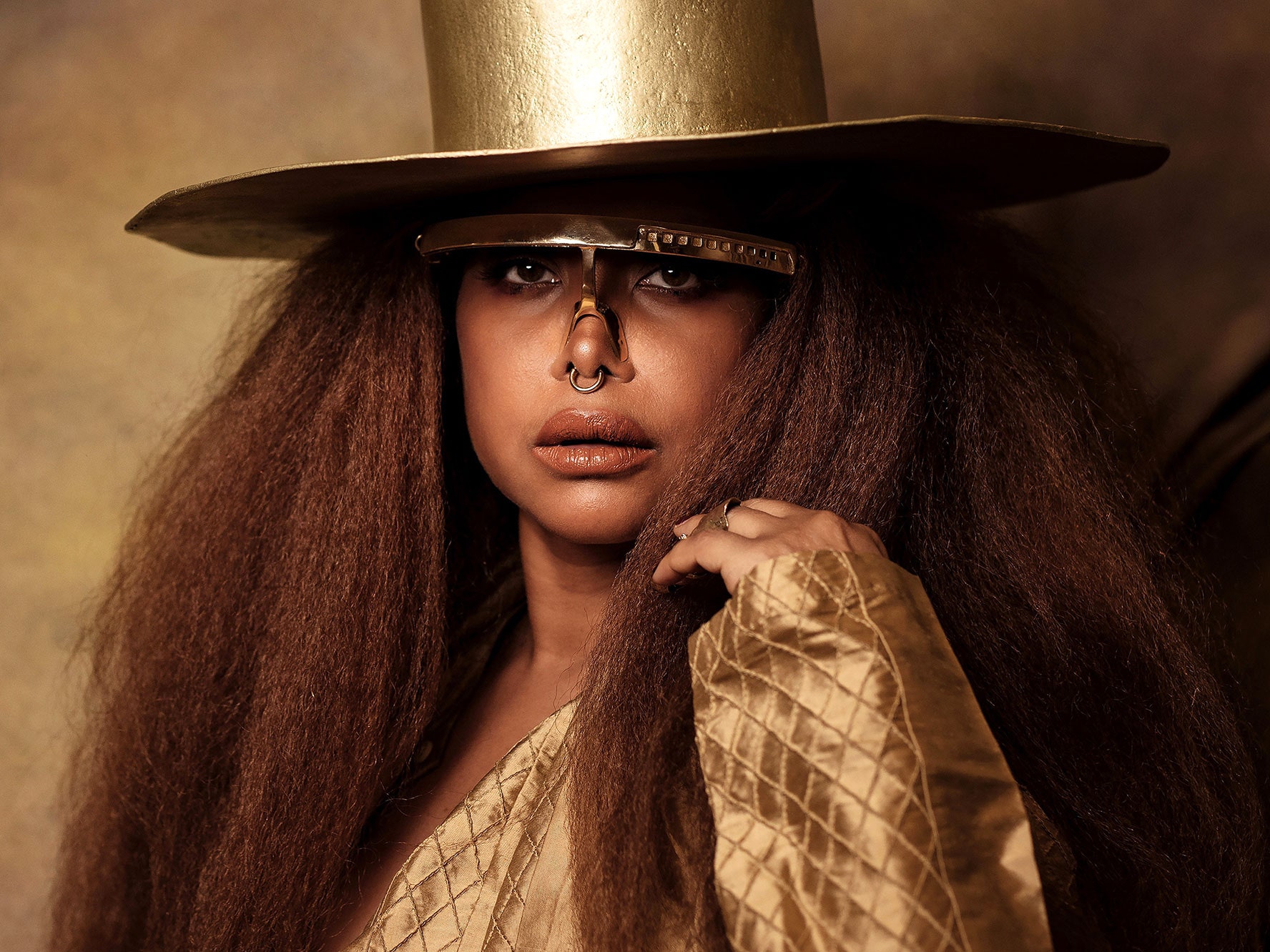 On Saturday, 50-year-old Erykah Badu introduced us to her fiancé, who is 23 years her junior. She shared the photos of JaRon Adkison, her apparent lover who, according to his Instagram page, is a Music Producer, Artist, Audio Engineer, Author, and Songwriter.

“Solar Eclipse Dump. Making room for many many many more memories. Right now, Moon covers the suns eyes forcing it to use other forms of vision. (Closes Eyes) I see you with my heart. I see you with my gut. Here’s to my GUY & Setting intentions, Breathing easy, moving in unison, finely blended family harmonics. Thank you. Thank you. Thank you. Happy to be here on this school called earth.. With you @jaronthesecret (family first).”

Weird captions. But that’s not what Badu was defending when the internet descended on her for their age gap. Erykah faced heavy criticism for dating someone almost the same age as her son.

A Star-Studded Dating History of Badu

Before dating JaRon, Erykah Badu last public relationship was with Jay Electronica, whom she dated before splitting in 2009 after having a child.

Reports suggest that Badu and JaRon have dated for more than two years, with photos of the two together stretching back to 2018. The "Boy with Luv" singers, BTS, are due for a break. The group has been working hard since 2019.  The boy band needs to recharge after a long time working under the spotlight. The label put this statement out: “We would like to inform you that BTS is planning to take a second official extended period of rest since their first in 2019, after they complete their official scheduled events […]