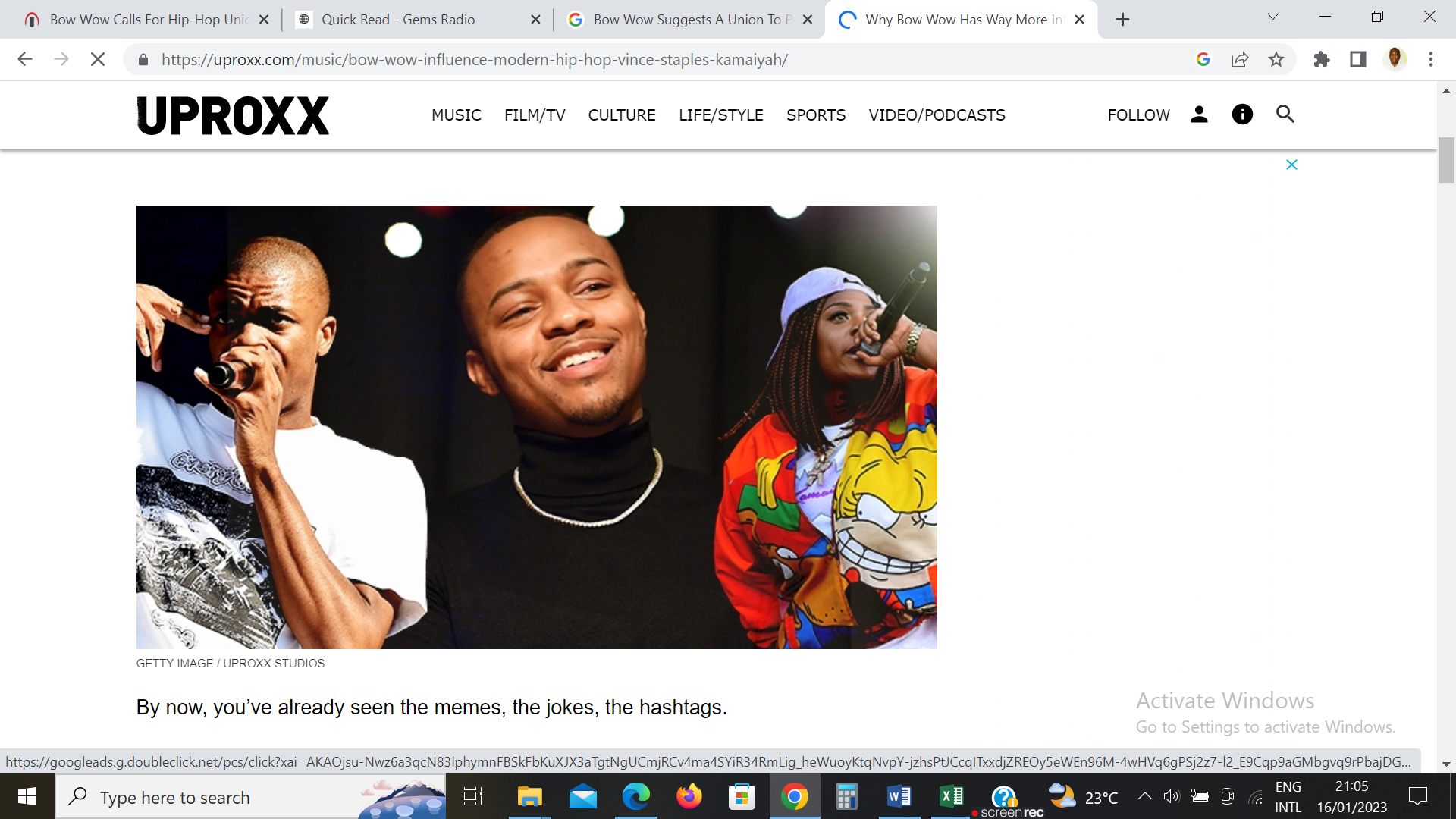 In a recent online post, Bow Wow called for the formation of a hip-hop union to protect rappers. He said that the union could protect the artists and the genre. Such a union, when formed, can also help negotiate better deals for rappers and help them get the respect they deserve. He also said that the union could help rappers with legal issues or those with addiction problems.

“Hip hop needs a board!” he tweeted on January 14 (Saturday). No different than the NBA w/ the players association. A committee,” Bow Wow added.

The rapper-turned-actor says a rapper’s union can “set rules and keep things in control and protect this thing we call hip hop!”

The current system often leaves rappers vulnerable to exploitation by labels and other industry players. A hip-hop union could help to change this by giving rappers more power and a greater say in the industry. Furthermore, a union could provide support and resources for rappers who find themselves in difficult situations, such as those who are facing financial difficulties or legal trouble.

The rapper gave the example of the National Basketball Association, which takes care of the interests of basketball players.

Furthermore, the artist believes a rapper union would help retired hip-hop rappers by having a retirement plan for the old rappers.

“I hate seeing my heros liquor’d out no money just washed,” he said.

While some fans and artists agreed and supported Bow Wow’s idea, some of them believe such a union already exists under the name of The Hip Hop Alliance. Doug E. Fresh, Kurtis Blow, and Chuck D formed this alliance in 2022, so it is relatively new.

The three rappers serve as vice chairman, vice president, and president, respectively. Even though the music industry is notoriously difficult to unionize, it is important to have these conversations to strengthen the industry. (GEMS RADIO)---LL Cool J is a rap vet in the game, but hasn't released new music since 2013's Authentic. He tweeted, “I’m competing with myself on this new album. Wait til you hear this MF. This year B. It’s coming.” He enticed the announcement as he says that J.Cole, T.I., and Raekwon are on the album as well.“The other part of it is people wondering what this album is for […]