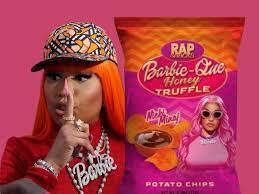 Hip-hop celebrities are diversifying their careers and delving into business. Days after Snoop Dogg unveiled his new whole grain snack product under the Broadus Food Brand; a Nicki Minaj-themed product is subject to a court case.

The product is named Barbie Que Honey Truffle. It is a potato chips product from Rap Snacks, a Miami-based firm that offers foods labeled after hip hop celebrities. Rappers like Snoop Dogg, Cardi B, Master P, and Migos have been featured.

However, the food producer is being sued by Mattel. The toy maker made the famous Nicki Minaj Barbie doll and claims the trademark for the ‘barbie’ tag.

The product was unveiled on the officialrapsnacks Instagram page bearing the promotion line;

‘Bag so full, its bu bu bussin! Are you ready to try @nickiminaj all new flavor?!’

Mattel immediately reached out to Rap Snacks and asked them to correct to public misrepresentation of the product. The company did not comply, and the toy maker is suing as a last resort.

Facts of the Suit

Mattel is asking the Los Angeles Federal court to compel Rap Snacks to drop the Barbie brand. The suit also seeks to receive profits from sales on the basis that the brand contributed to the profits earned. The product launch was on June 2022.

Neither Mattel Inc. nor Rap Snacks have commented on the facts of the case to the media. However, it is public knowledge that Nicki Minaj allowed Mattel to make the doll in 2011 in a charity drive.

Nicki Minaj is not a Respondent to the Case

The queen of rap is not a co-defendant in the case, nor has she commented on the suit. She is focusing on marketing her new ‘Super Freaky Girl’ single that was recently released. She is also set to receive a Michael Jackson Video Vanguard award at the 2022 MTV Video Music Awards on August 28. 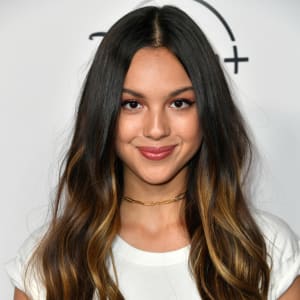 Olivia Rodrigo Back in the Studio

(GEMS RADIO)---Olivia Rodrigo is officially back in the studio. Following her wildly successful debut of Sour, the 19 year old can see if she can top herself. Rodrigo is back in the studio with Dan Nigro, who helmed the massively successful Sour. The singer says about her follow up: “I definitely think it is a big confidence boost to see so many people resonate with what I have to say. […]