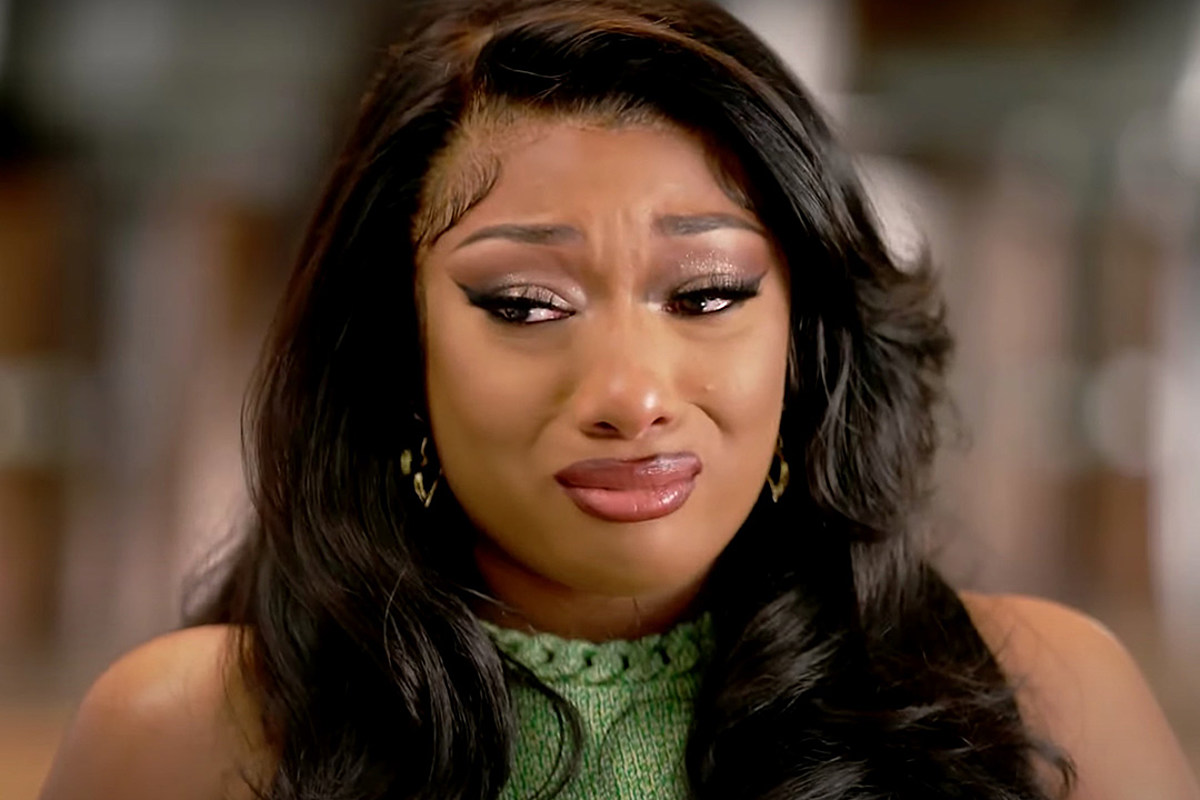 (GEMS RADIO) – An emotional Megan Thee Stallion has, for the first time provided details about the shooting incidence involving her and Tory Lanez. This was revealed in a trailer advertising the exclusive with CBS Morning’s Gayle King.

“It was an argument because I was ready to go and everybody else wasn’t ready to go. But that’s, like, normal friend stuff. Like, we fuss about silly stuff all the time. But…” says Meghan before she starts sobbing. “I never put my hands on anybody. I never raised my voice too loud. Like, this was one of them times where it was, like, it shouldn’t have got this crazy.

“So, I get out of the car, and it’s like, everything happens so fast. And all I hear is this man screaming. And he said, ‘Dance, bitch.’ And he started shooting. And I’m just like, ‘Oh, my God.’ … Like, he shot a couple of times. And I– I was so scared […] He is standing up over the window shooting. And I didn’t even want to move. I didn’t want to move too quick. Like, ‘cause I’m like, ‘Oh, my God. If I take the wrong step, I don’t know if he’s going to shoot something that’s, like, super important. I don’t know if he could shoot me and kill me.”

King then asks if she was afraid for her life, to which the female rapper replies, “I was really scared ‘cause I had never been shot at before.”

Back In Court In September

Tory Lanez, the accused in the case, was on April 5th remanded in a Los Angeles court for violating the protective order in the felony assault case. He later posted a $350,000 bail. (GEMS RADIO)---Pusha T is continuing his beef with Drake. Back in 2018, Rapper Pusha T dropped his diss track confirming that Drake had a son, Adonis. The song "The Story of Adidon" described Drake's paternity issues. Pusha T went on the Breakfast Club to promote his new album Almost Dry. He was content that Kanye and Drake had made amends, but that he still felt on the outside. "Me personally, […]