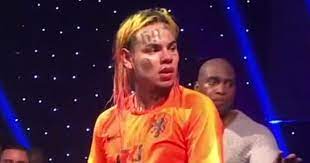 In September 2021, the stars of "TROLLZ" hitmaker Tekashi 6ix9ine were seemingly shining bright after he bagged $43 Million in Business Deals. Some of the contracts included; a new album release, a tour, and a movie, among others. He also signed contracts worth millions as his career took a step in the positive direction. However, the success of the celebrated artist could be his undoing. He is now facing laswuits […]