Taylor Hawkins, Drummer of the Foo Fighters, Dead at 50 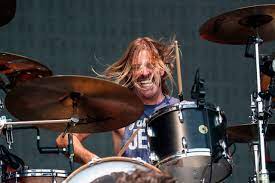 (GEMS RADIO)—Taylor Hawkins has died at the age of 50.

Taylor Hawkins, the drummer of The Foo Fighters,  died last night. The band was ready to go on stage in Columbia when the news broke of Hawkins death.

The cause of death has not been disclosed.

“The Foo Fighters family is devastated by the tragic and untimely loss of our beloved Taylor Hawkins. His musical spirit and infectious laughter will live on with all of us forever,” the band said on Twitter.

The band was scheduled to play at Lollapalooza Brasil on Sunday.

Taylor Hawkins have been drumming in the Foo Fighters since 1997. “When you have a drummer like Taylor Hawkins in your band, I don’t necessarily miss being the drummer — because I have the greatest drummer in the world,” said lead singer of the Foo Fighters Dave Grohl. “Taylor is a much more technically minded drummer than I am.”

Rage Against The Machine’s Tom Morello said this: “God bless you Taylor Hawkins. I loved your spirit and your unstoppable rock power. Rest In Peace my friend.”

And singer Ozzy Osbourne spoke on Hawkins’ character, saying he was “was truly a great person and an amazing musician.” (GEMS RADIO)---Chance the Rapper releases a new video for "Child of God". Chance the Rapper's new song features Moses Sumney as well. Artist Naïla Opiangah creates the visual backdrop for the video. Chance met the artist on a trip to Ghana and together they opened up a new exhibit at Chicago's Museum of Contemporary Art. The exhibit, also titled "Child of God" will run through March 29. Chance has a […]