50 Cent May Be Sued Over Hip Hop Homicides (GEMS RADIO)—50 Cent could be sued over his show Hip Hop Homicides. The latest episode covers the murder of Chicago rapper FBG Duck. Duck was shot and killed in his hometown.

The episode may have wrongly accused another rapper, Memo600, for FBG Duck’s murder. After the episode aired, Memo took to Instagram and posted this: “@50Cent I’M SUING YOU FOR DEFAMATION OF CHARACTER.”

“I DONT HAVE NOTHING TO DO WITH THAT SOMEBODY BETTER EXPLAIN SOMETHING U PAID THE WRONG INVESTIGATORS DONT PUT ME IN NO MURDERS FAM CHASING CLOUT!!”

The men responsible for the murder have been caught. Memo was not part of that group. 50’s legal team have yet to respond. Memo has since deleted his insta post. 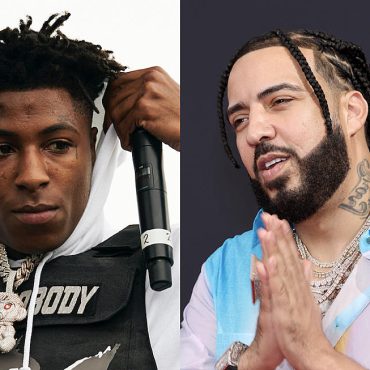 In a recent interview on his radio talk show, the up-and-coming rapper NBA Youngboy named French Montana among his top five hip-hop rappers. When asked the reason, Youngboy hailed French Montana's style and delivery, saying, "he just goes hard." NBA Youngboy has been very vocal about his admiration for the older rapper and has even said that he is one of his biggest inspirations. Other rappers who found their way […]