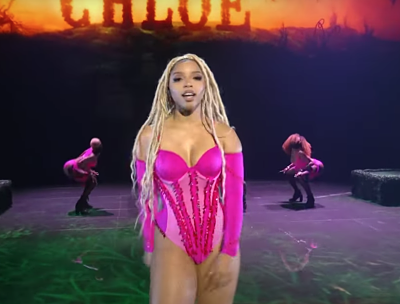 Sunday night saw the in-person return of MTV’s Video Music Awards, which were held virtually last year due to the coronavirus pandemic. The night was full of energy and excitement, as several of today’s top artists won multiple awards. One of the night’s highlights was Chloe Bailey, who typically performs with her sister as part of the duo Chloe x Halle.

The highly anticipated single and it’s accompanying video, “Have Mercy”, was released last week on September 10. Currently, Chloe’s VMA performance is trending at #6 on YouTube, and her fans are anxiously awaiting to see if the single itself will debut on Billboard’s Hot 100 chart this week.