Kanye West Departs from The Gap (GEMS RADIO)—Kanye West has made it known that he is leaving the Gap. The rapper/designer got heated when the Gap didn’t grant him to price the garments from their collaboration. He says that the Gap sold it his t-shirts for $19.99 and they also vowed to build Yeezy Gap stores and that never came to.

“[They] priced my stuff at $200 and above their whole price point normally and then did the exact shirt for $20,” Ye told CNBC. “Also, they did pop-ups and I signed on with them because in the contract they said they were gonna do stores and they just ignored us about building stores constantly.

“It was very frustrating, it was very disheartening because I just put everything I had [into it]… Everyone knows I’m the leader, I’m the king. So a king can’t live in someone else’s castle. A king has to make his own castle.”

Gap president Mark Breitbard said that they both shared a unique vision but that it was time to wind down the partnership. 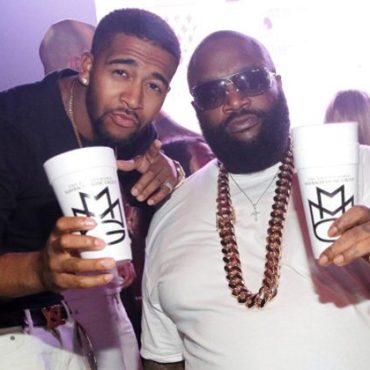 Omarion Opens Up About His Departure from Maybach

(GEM RADIO)- The former B2K star, who signed with MMG in May 2012, said in an interview with The Breakfast Club that he has nothing but love for Rozay but wishes the label's president had given him more support when he was a label member. During the interview, Omarion said, "I was under the impression at the time of Maybach Music's inception, you know, what it is that I contributed […]