Omarion Opens Up About His Departure from Maybach 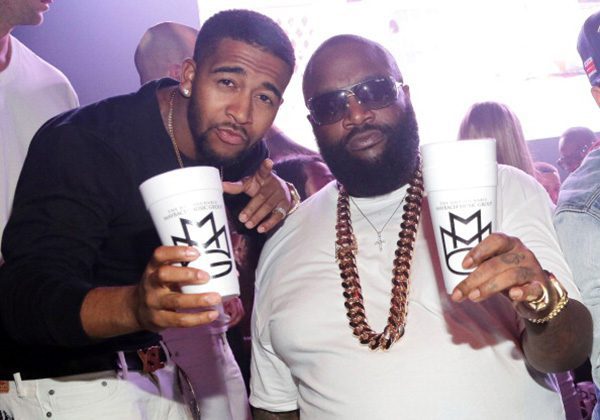 (GEM RADIO)- The former B2K star, who signed with MMG in May 2012, said in an interview with The Breakfast Club that he has nothing but love for Rozay but wishes the label’s president had given him more support when he was a label member.

During the interview, Omarion said, “I was under the impression at the time of Maybach Music’s inception, you know, what it is that I contributed to his business. And I feel like, on that level, he respects me. You know he has to respect me.”

He Could Have Done More

“But as far as personally, it’s all good. Rozay is one of the funniest people to come across. So if I see him, salute. But he showed me some things because he showed me things, even though he could have helped more.”

He continued: “He could have lent more of a hand and what he was portraying to be. But I appreciate the experience, man. I had so much fun over at Maybach Music and making that music at that time and creating an alias Maybach O to feel a part of something that was truly outside of my culture and myself.”

Rick Ross Was Rather Distant

He added that Rick Rick Ross was very hands-on when required but was otherwise somewhat distant.

“Rozay shows up. Rozay was there when it was that time,” Omarion said. “But when it wasn’t that time, it wasn’t that time. I would say one of the tales tells for was it one of the last conversations he and I had when he came out to L.A. I just expressed to him that as a businessman, I need to prepare myself for my transitions and respectfully, if something is going on with you and Atlantic, just let me know so I can prepare myself.”

‘Figure Out Where I Was’ Omarion

He continued: “I was obvious with him with that, and Maybach Music is no longer a label, and I gotta go and do the work that was necessary for my journey to figure out where I was, and it wasn’t in a good position. That’s really what I’m talking about, we had a conversation, but you didn’t honor that. You didn’t feel you needed to.”

“A lot of people have been wondering what’s up with Omarion?” Ross said at the time. “Is his career over? I’ve never been a fan of popular opinion, but from now on, when you see me, understand that it’s Maybach Music.”

Cardi B Donates a Hefty Amount to Her Middle School

(GEMS RADIO)---Rapper Cardi B is donating $100,000 to her former middle school in the Bronx. “I’m hoping we can have amazing after-school activities. Maybe like tutoring or maybe something fun like a music program. Y’all like music, y’all like to dance?” she asked the students. She continued: “Maybe we can have an amazing after-school program. But I will be donating $100,000 to the school.” She went to her middle school […]