(GEMS RADIO)—Meek Mill left Roc Nation back in July, but it’s not only til now that JAY-Z has responded.

JAY let the beans spill on DJ Khaled’s new track “God Did”. “Me and Meek could never beef, I freed that n-gga from a whole bid, Hov did,” he raps on the song. “Next time we have a discussion who the G.O.A.T., you donkeys know this.”

Hov wrote an op-ed for the New York Times, showing his support for Meek Mill and his imprisonment. JAY-Z was also responsible for paying millions in legal fees for the imprisoned rapper.

Meek stated that there are no issues between him and the legendary rapper: “All I seen today was meek and Roc part ways,” he wrote on Twitter. “I’m personally handling my own business so I can take risk and grow ..we came to that agreement together..I have a label deal with Roc for my artist and I got reform super tied with them and many other investments wit Jigga.”

Meek on JAY: “He built businesses, and he built things that made him become the man who he is, that we could call a billionaire guy. He built that, and I watched that, and I studied that. That’s why I’m working the way I’m working now to build a foundation for myself too.” 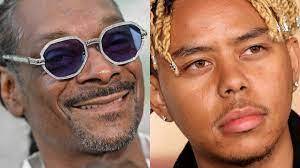 Snoop Dogg revealed that he is okay with other artists writing for him. In his new project, BODR, the rapper features several artists including Jane Handcock, HeyDeon, Nefertitti Avani, and Cordae.  Cordae wrote for him the song “We Don’t Gotta Worry No More.” Snoop had stopped by the Rap Radar Podcast to promote his new Netflix film Day Shift where he starred alongside Jamie Foxx.  ‘It’s About What I Can’t […]