The hot upcoming rapper’s feature price tag was a bit too high for The Game.

“In YoungBoy’s defense, YoungBoy charge n-ggas $300,000 a verse,” Game’s Manager recently said on the radio app Clubhouse. “That’s what he charge, that’s what it is. I can’t front he gave us a hell of a deal, but that situation would’ve cut into marketing overall.”

Samples is what cut into The Game’s new project. He added about 10 more new songs with samples. 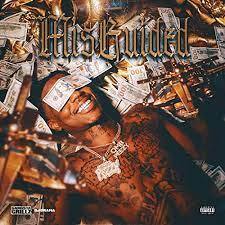 Several singles and albums will be released today. There are different kinds of artists who will drop their singles today. These artists include Fivio Foreign, Key Glock, Chief Keef, Moneybagg Yo, and Offset. Lucki also released a new song this week. Rap lovers are spoilt for choice with all these interesting and entertaining music dropped this week. The Artists and their Singles Other musicians who have released singles this week […]