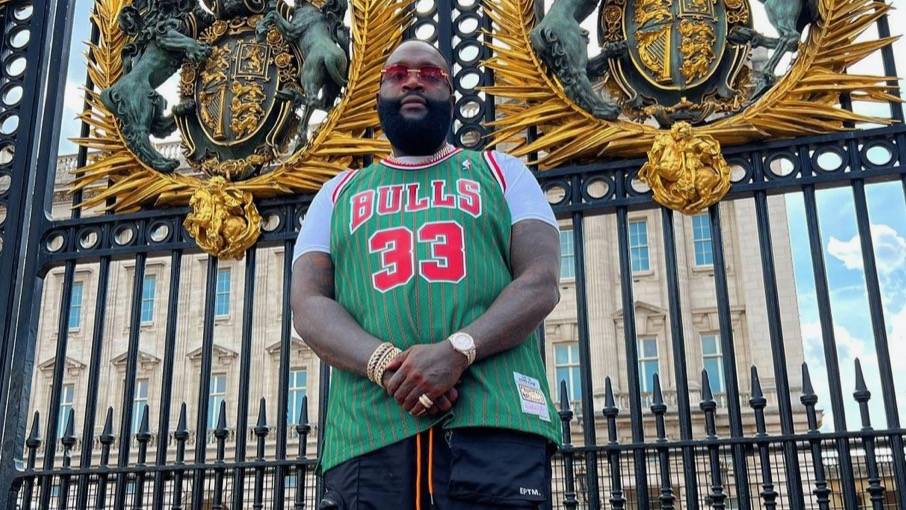 Rick Ross is not a happy man. He reports that he was turned away from Buckingham palace despite being a famous rapper.

The 46-year-old William Leonard Roberts II says that he clearly explained to the queen guards who he was but he has still turned away. He however de-escalated the situation by not fighting for ‘his right.’ Some hip-hop fans think that if it was Wiz Khalifa, the outcome would have been different going by his recent rant in a club.

“Alright, so y’all saw me go to Buckingham Palace,” posted Rick Ross in his Instagram story. When he was denied entry, he told the guard that he was the ‘Big Boss’ but the guard remained adamant and instead pointed him to a local food spot.

The guard also told him that he will get waited on at the food joint and even get to eat a lobster. The Little Havana artist forgave the guard for his courtesy. He is however seemingly not over the incidence, and he needs time to process the ordeal.

The Clarksdale, Mississippi native did not explain why he was turned away from the palace. Normally, the historical tourist hotspot is open for visitors for 10 weeks between July and October. The guards usually charge £15 for children and £30 for adults as entry fees.

What’s Up with the UK?

The Rick Ross experience brings back to mind the failed June 18th Strawberries and Cream Festival in Cambridge where Lil Wayne was denied entry into the UK. The Home Office made the decision 3 days before due date due to a history of criminal convictions in the USA. At one point, he was facing a 10-year sentence before Donald Trump offered him a presidential pardon.

Although the fans were disappointed, US hip-hop artist Ludacris saved the situation by taking over the stage. (GEMS RADIO)---Carly Rae Jepsen is set to release new music come October. Carly Rae Jepsen has a new album called The Loneliest Time that comes after the release of her single "Western Wind". The singer  mentions that she is quite fascinated by loneliness. "It can be really beautiful when you turn it over and look at it. Just like love, it can cause some extreme human reactions.” The new collection […]