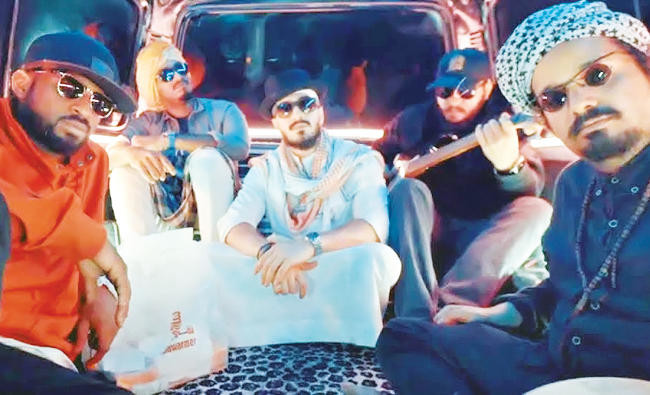 The BeatRoots is a music event held at AlMashtal Creative Space in Riyadh on Friday. It was inspired by American-styled shows such as the Essence festival, which not only brings a city to life but showcases talent in the hip hop world.

While speaking to Arab News, the curator of AlMashtal said that the goal of the creative labs is to promote local talent. Some target areas include fashion and design, artwork, and more. The center creates an environment to facilitate an intimate interaction experience between artists and their fans.

The Western Trend Is Shaping the Arab Hip Hop Genre

The lineup at the BeatRoots included celebrated artists such as Dattune, Du$t, Fizzy, Septemba, Str8tup Rkls, and Albakri- an upcoming rapper who wooed the crowd. Ali Al-Saeed said he is proud that the event is gaining traction in Saudi Arabia after being successful in Bahrain.

Ghanimah, on the other hand, said that the event is demystifying the notion that hip hop is English based. Further, AlMashtal fosters discussions and cultural and artistic exchanges needed to promote talent.

The hip-hop event in the otherwise ultra-conservative kingdom comes as a surprise to many fans of art. This is because the country is known to resist “cultural influence from the west” in all its social spheres. On the other hand, American stars such as the queen of hip hop-Nicki Minaj have expressed their concerns about human rights in Saudi Arabia, and many have never set foot in the country.

In the meantime, there is hope that Saudi Arabia is loosening up and embracing talent, globalization, self-expression, and diversity. HAIM Working Hard on Next Album

(GEMS RADIO)---HAIM are hard at work on their new album. The sisters Alana, Danielle, and Este Haim don't like feeling rushed when it comes to putting together new music. Alana told the Forty-Five: "There’s never a timeline though, no. That’s the fun thing about it! If there’s a timeline it feels like you’re forcing art and we never want to force anything. We love making things that we love and […]