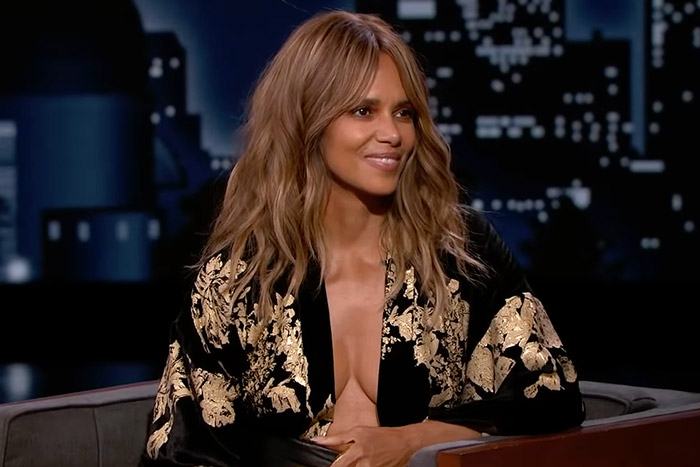 In a recent interview with Jimmy Kimmel, Halle Berry spinned-off her earlier sentiments and has now added Nicki Minaj to her Queen of Hip Hop list.

She had earlier crowned Cardi B as the only Queen. While standing by her earlier remarks, Halle Berry made it clear that there is room for more queens at the top.

“Here’s the thing, there’s room for more than one queen, people. That’s what we need to know. Nicki is a queen in her own right, H.E.R. is a queen. All these ladies to me are queens. There can always be more than one.”

Cardi B has been featured in a historical female soundtrack for Halle Berry’s movie “Bruised.” The soundtrack includes other female artists, such as Saweetie, H.E.R, Young M.A Latto, Ambre, and Rapsody.

The film’s soundtrack is set for release on November 19th, while the movie will be released on Netflix on November 24th.

Nicki Minaj and Cardi B Beef

Cardi B has been at odds with Nicki since the release of “Bodak Yellow” in 2018, the track that blew up the former ‘dancer.’ The two have even engaged in an online beef, the highlight being a physical confrontation later the same year

It seemingly appears that the two have buried their hatchet. The end of the feud was confirmed at the end of 2020. There were even rumors that the two were working on a project, a rumor that Cardi’s representative quickly denied.

She is now the second female rapper to reach diamond status after, guess who?….. You’re right. Following the Astroworld tragedy, Nike is postponing the collaboration with Travis Scott out of respect for those who lost their lives. The collaboration would have seen Air Max 1 x Cactus Jack sneaker come to fruition on December 16. The launch has been postponed indefinitely. Several lawsuits are pending towards Live Nation and Travis Scott following the mass casualty at Astroworld concert. The death toll has climbed to ten now.