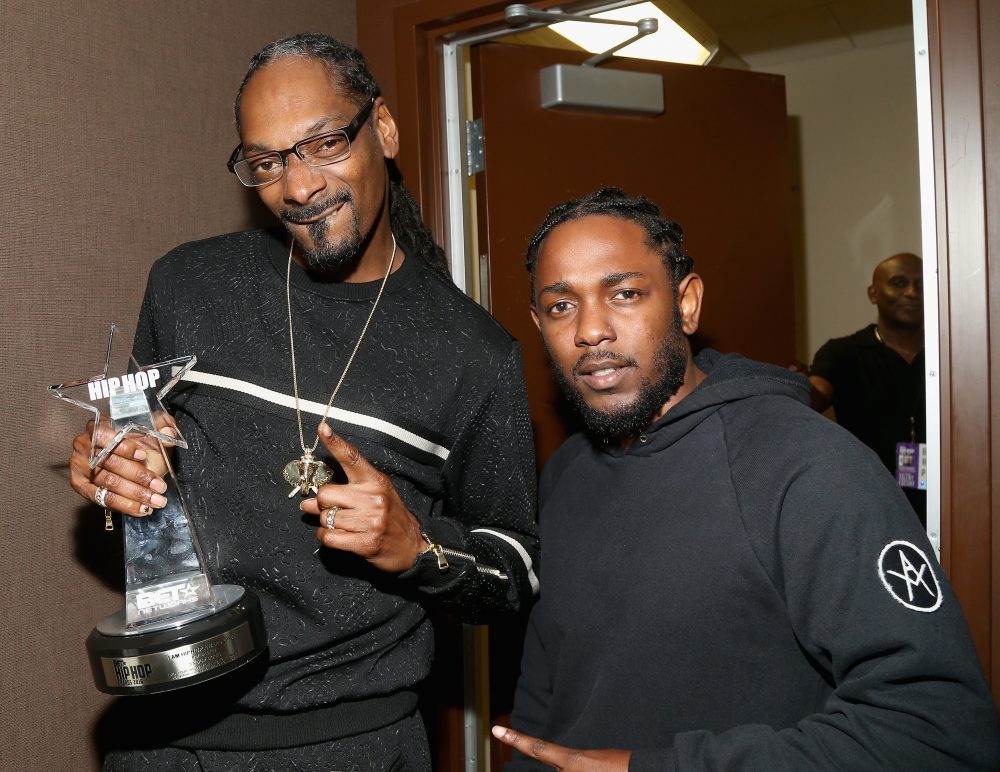 (GEMS RADIO) – Snoop Dogg has given Kendrick Lamar his flowers by crowning him the king of the West Coast and praising his latest album Mr. Morales and the Big Steppers as well thought out. Snoop spoke highly of the MC in an appearance on Logan Paul’s Impaulsive podcast.

“I love it,” Snoop answered when asked about the current LA hip-hop scene. “I get a chance to stand back and watch the youngsters do what they do. I mean, I did my thing with it for 20-something years as far as being the king of the West Coast, gave the crown to Kendrick Lamar — I didn’t give it to him; actually, he took it, but I had to take it off my head and give it to him.

The Doggmaster also praised Kendrick Lamar’s latest work on Mr Morale and The Big Steppers, lauding it as well thought out.

“F**king love it,” he replied. “Well-thought-out. You know, when you take your time like that, that’s what you get. You notice he don’t come out every blue moon; he come out when he get ready and he makes sure he’s calculated with his thought process, with his visuals, his sound.

“Kendrick is the sort of artist that is a part of the production. You can’t just send him a beat and say, ‘I wanna be on your album.’ He has to be in there with you, telling you how to make the music go, changing notes, where it’s stopping, where it’s breaking — he’s a part of the full process.”

Snoop Dogg is not the only rap icon that Mr. Morale & The Big Steppers is smitten. Soon after its release, Eminem was so enamored by the project he tweeted and tagged Dr. Dre about it, calling it “f**king ridiculous.”

Others who’ve praised the record include Tyler The Creator, Earl Sweatshirt, Lupe Fiasco, and Kodak Black. Kendrick Lamar and AD Had a Heated Run In

(GEMS RADIO)---Rappers Kendrick Lamar and AD had a heated run at their first encounter. Upcoming Compton rapper, AD, said that Lamar mistaken him from a different hood from Compton. “You want to know a crazy thing about Kendrick [Lamar], bro?” AD said. “My first encounter with him he thought I was somebody else. He lowkey tried to press me.” He continued: “I guess some n****s jumped him back in the […]