T.I Addresses the controversy about King Harris, his son, and admits we all have badass children 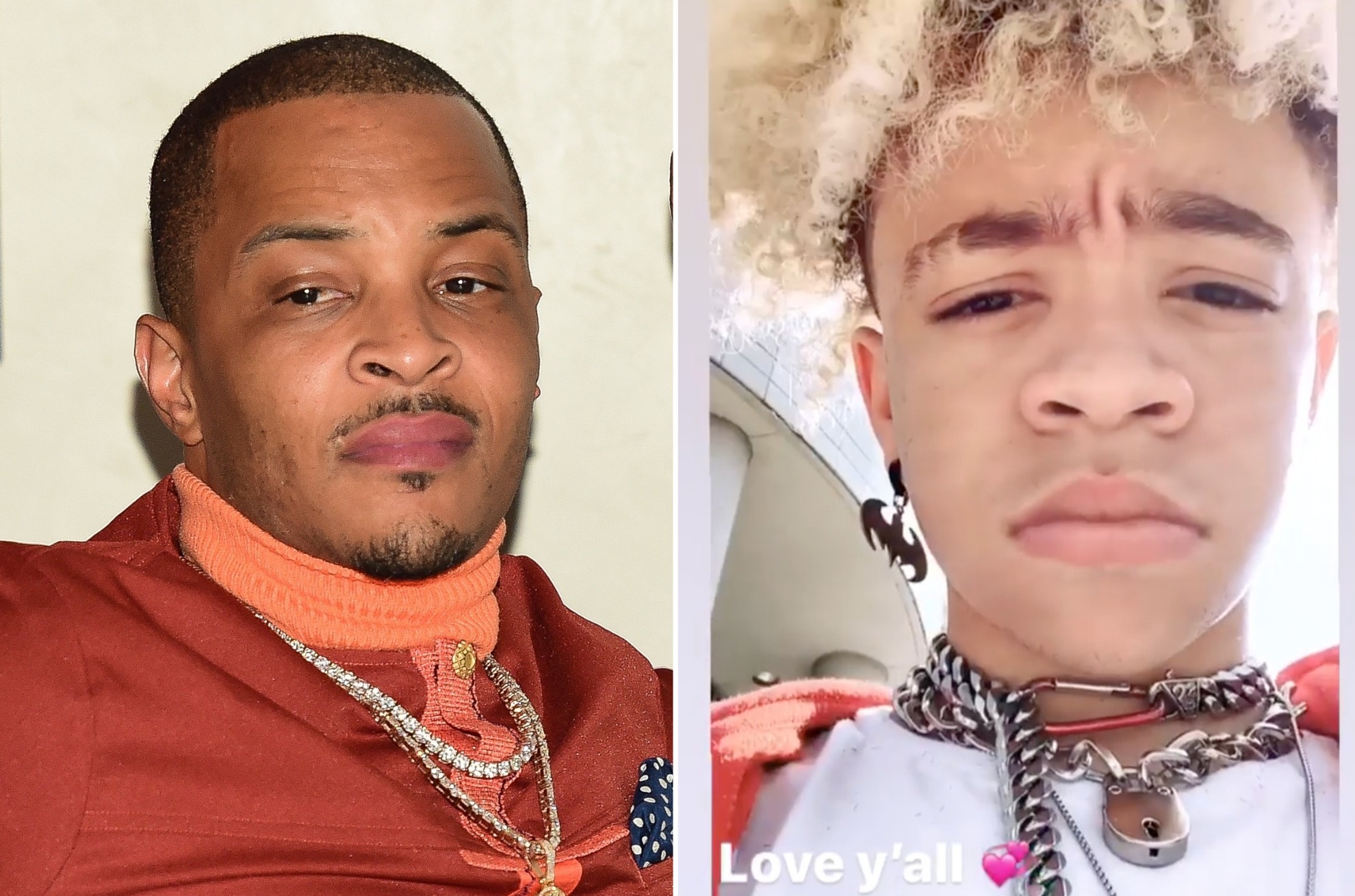 T.I’s fans first saw his son King Harris through the reality show The Family Hustle. At the time, he was in elementary. His mother’s name is called Tiny. In the last few years, King has been in the news a lot because of trouble with the law.

Additionally, King was trolled online by social media users. They are convinced that the teenage artist exalts a ghetto life, yet he was not raised in the hoods and thus has no experience with that life. Last year, T.I addressed his son’s issue publicly.

He posted an Instagram video where he said he knows his son. He added that he has spoken to his son, his son’s mom, and his grandmother and warned the son that he would end up in jail if he didn’t correct his behavior.

T.I: Time will be his best teacher

Last year, T.I also explained that his son is still immature and life will teach him lessons, so he will be wiser with time.

In a recent podcast that Shannon Sharpe hosted, she asked the 42 years old rapper about how he felt when the public criticized his life and his parenting skills.

He replied that “I have excellent communication with all my kids. I try to listen as much as I speak to them. [King’s] position is, ‘I just don’t want to be celebrities’ kid. I don’t want to live off of y’all’s success. I don’t wanna have to just be in y’all’s shadow,’”

“We all got badass kids!” Says T.I

T.I has six children in total. He pointed out that other parents also have kids who misbehave. “As much criticism I received about my son, I would like to shed light on the fact – we all got badass kids! They can seem like I’m the only one on here who got badass kids.” JAY-Z is Performing at the Grammys

(GEMS RADIO)---JAY-Z has been reportedly asked to perform at next months Grammy Awards Show in Los Angeles. He may give a hand to DJ Khaled's performance. Bad Bunny, Harry Styles, Mary J. Blige, Dave Grohl, and Brandi Carlile are all set to perform as well. Jay has boycotted the Grammys for being a white wash in recent years. While Kendrick Lamar, Beyonce, Taylor Swift, and Adele are all up for […]