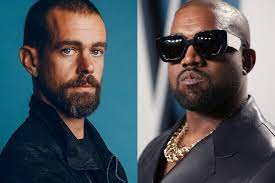 Kanye west’s new album ‘Donda’ will be striking gold in less than a month. At the moment, it remains at the top 5 on the Billboard 200 Chart. While it doesn’t look like it needs a helping hand, it received a boost over the internet earlier in the week when Jack Dorsey was trolling Facebook’s internet woes. On Monday, Facebook, WhatsApp and Instagram suffered major outages. Twitter founder and CEO […]