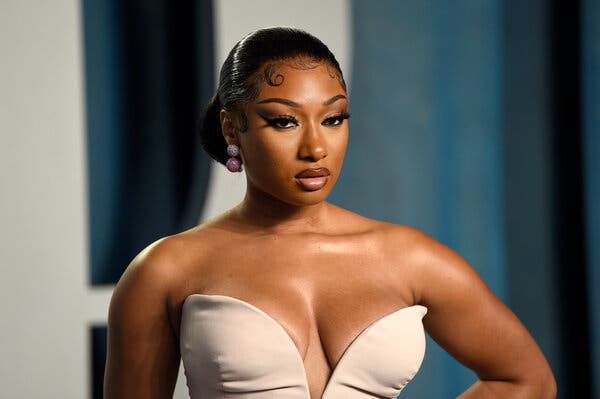 (GEMS RADIO)- Lanez allegedly apologized to Justin Edison for shooting the “Savage” rapper. This occurred the day following the claimed event in July 2020 while he was at his rental home. According to reports, Lanez called the incident “an alcohol-fueled tragedy.”

Edison wasn’t present when the alleged shooting happened. He allegedly received the SMS “Help/Tory shot meg/911” from Megan’s old friend. Kelsey Harris is also her personal assistant. He was asked to appear this week. Edison stopped interacting with the defense team for Megan and law enforcement.

A plea to release the “body attachment” was made to Judge David Herriford during the court proceedings on Friday. On Monday, Bott stated in his opening remarks that Edison will testify on the alleged incident.

Justin Edison Has Been Declared a Missing Person

In a statement released Saturday, Alex Spiro, Megan The Stallion’s attorney, claimed that Edison stopped engaging with police enforcement. He is now being sought after that.

“We recently discovered that Justin Edison vanished just before his court appearance. The Los Angeles District Attorney is investigating his disappearance. The police would also appreciate any information on his location, according to Spiro.

New Information about the Case

Since the trial started this month, it has followed many unexpected turns. New information about the event has come to light. On Friday, December 16, forensic expert Marc Scott Taylor testified in court. He said the DNA discovered on the pistol itself was unclear. He added that Tory Lanez’s DNA wasn’t found on the gun’s magazine.

Srinivasan Rathinam is a gun expert who was called by the prosecution. He said the incident could not have been unintentional given the number of bullet casings found and the force required to fire the 9mm luger caliber weapon thought to have been used in the alleged shooting. (GEMS RADIO)---Westside Gunn, a rapper from Buffalo New York's Griselda crew, is announcing his first ever international tour. The tour called the God Is Love Tour is to promote his latest album 10. The 12-city tour which kicks off in Amsterdam on January 13 before the Buffalonian heads to Paris, Vienna, Milan, Athens, Dublin and more. “WORLD WIDE WEST season is upon US!!!! GOD IS LOVE TOUR 1st Run 10yrs in […]