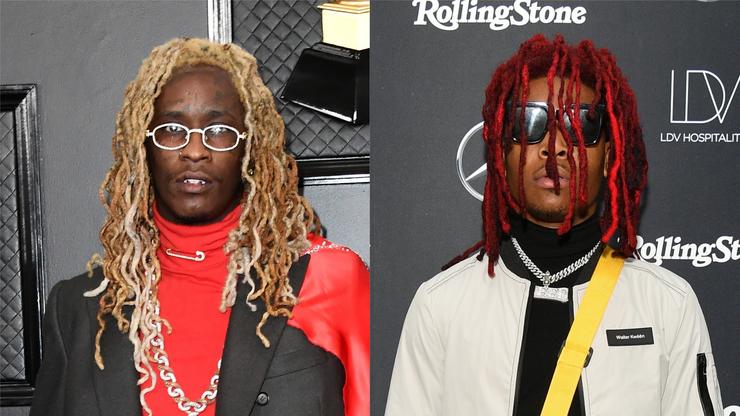 (GEMS RADIO) – As the Hip Hop community comes to terms with the demise of Lil Keed, clips of the deceased rapper have revealed his close relationship with Young Thug. As it appears, the two had a tight-knit bond. In one clip, Young Thug compares Lil Keed’s lyrical prowess to that of J. Cole.

Reports have revealed that Keed’s death resulted from multiple organ failures. The rapper had complained of severe abdominal pains days before his passing. He died at 24.

A Blow To Young Thug

The death of Keed is obviously a blow to Young thug, who may not get the proper opportunity to bid farewell to his friend. Thug, Gunna and his YSL family clique are still in detention after being arrested last week over gun and drug possession charges.

“I pray that the rap game force itself to evolve the way it used to be,” he said. “It needs to be real rap… This young man Lil Keed mind is so caught up into what you must dish out to get where you want to go to the point where he hide his true talent. His true talent is like J. Cole, but he hide that because he know that the old Thug is gon’ get him the millions of dollars.”

In a 2019 interview with CRWN’s Elliot Wilson, Thug revealed that his mom put him on Lil Keed’s (Thuug refers to Keed as his son) music.

Young Thug is facing felony charges for the conspiracy to violate Racketeer Influenced and Corrupt Organization Act and is being held up in Fulton County Jail. Police would later raid his home and slap him with additional charges of gun and drug possession.

(GEMS RADIO)---My Chemical Romance are back with a new song and tour. Rockers MCR are back to indulge us with a new song and tour of England. The band consisting of Ray Toro, Frank Iero and brothers Gerard and Mikey Way treated UK fans to new music and some deep cuts. The new song, the Led Zeppelin-esque "Foundations of Decay", was played to the British crowds. The band played The […]