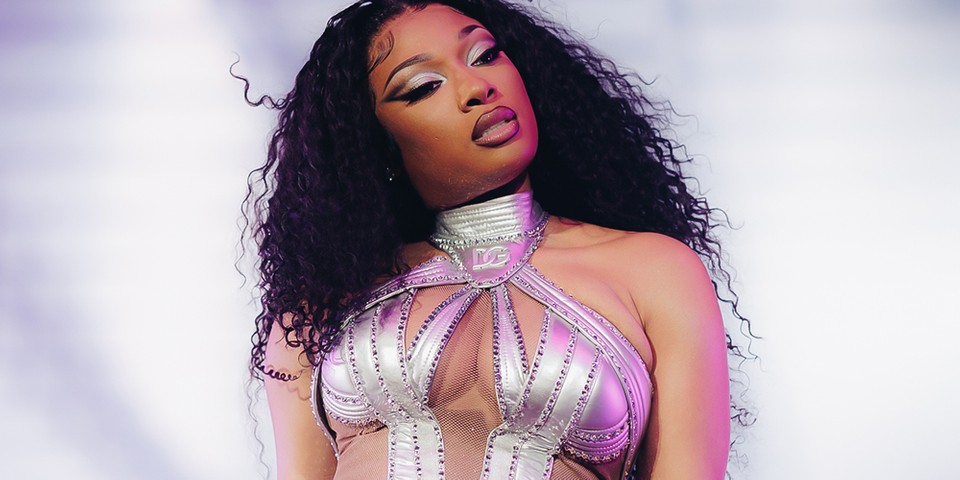 In the video, Megan raps in strappy outfits by Mugler against a stark black background. Mugler, a high-fashion brand, has become one of the rapper’s favorite fashion brands.

She mentions the fashion brand in Plan B’s line;

‘Mugler suit in my meeting, Wagyu steak when I’m eating.’

The rapper rocked a custom Mugler on the 2022 Billboard Music Awards red carpet held on May 15th 2022, at the MGM Grand Garden Arena. She also performed Sweetest Pie and Plan B in a black one-piece by the luxury clothing brand during the event. Megan received an award for Billboard’s Top Rap Female Artist for the second year.

Megan Thee Stallion officially released Plan B on April 22nd 2022. She samples beat from Jodeci’s Freek’n You remix with Wu-Tang Clan in the song. In its first week, the track got 12 million US streams and ranked at No.4 on the R&B/Hip Hop Streaming Songs. Plan B also received 4000 downloads and came fourth in R&B/Hip Hop Digital Song Sales in the same period.

The Grammy winner first performed Plan B at Coachella after announcing on Twitter that she was going to perform the new song.

In the tweet, Megan says, “I got this song that I recorded, and every time I play it for a woman, they start jumping and clapping”

Before performing the song on stage, Megan said that Plan B was personal and that it was a dedication “to whom it may concern.”

The diss-heavy track stirred controversy, with fans speculating who she referred to in the song. Besides Plan B, Megan has released Flamin Hottie and Sweetest Pie featuring Dua Lipa in 2022. The Houston rapper said that her upcoming album is 95% complete in a conversation with Webby. BET has just released its list of nominees for the upcoming 2022 awards, with Doja Cat coming first with six nominations. BET nominated Doja for Best Female Hip Hop artist, Video of the Year for Kiss Me More, featuring SZA, Album of the Year for Planet Her, Best Collaboration for Kiss Me More, BET Her for Woman, and Best Female R&B/Pop Artist. BET Nominates Drake  in Four Categories The Best […]