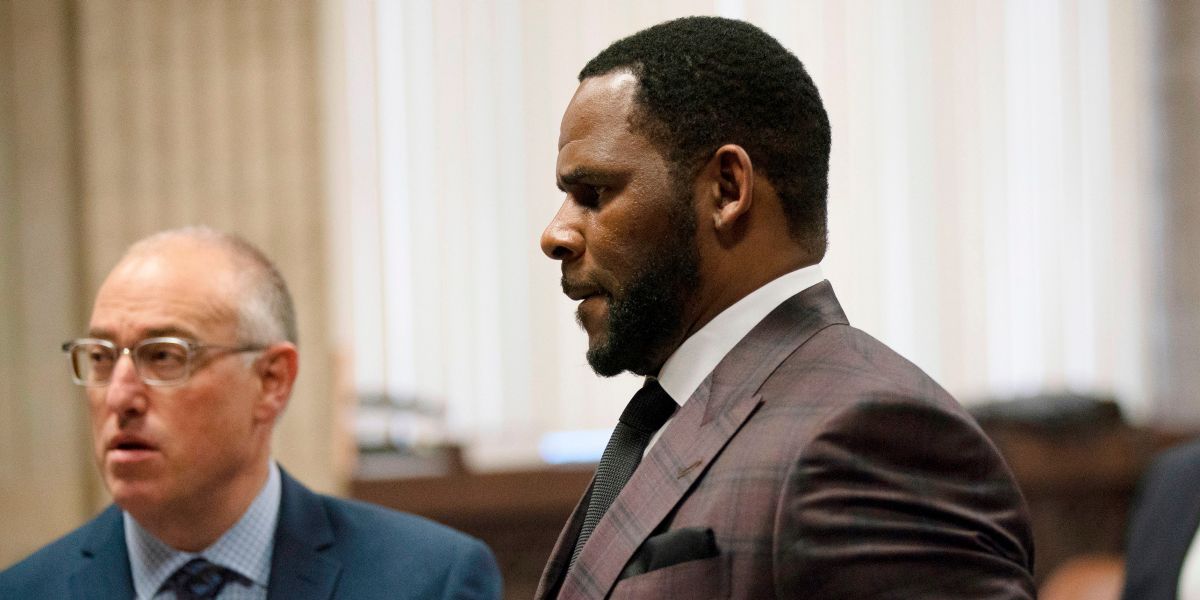 R. Kelly’s lawyers will be looking to have one of the major charges against the singer dismissed before the beginning of jury deliberations.

The singer is facing racketeering charges comprising 14 acts, charges that could see him sentenced to hundreds of years in prison.

According to prosecutors, R. Kelly oversaw an enterprise that engaged in a number of illegal activities

R. Kelly is accused of sex trafficking, kidnapping and violation of The Mann Act- a law that criminalizes the transportation of girls or women for prostitution, debauchery or for immoral purposes. He is also facing bribery charges after the admission of bribery by his tour manager. Allegedly, his tour manager obtained a fake ID for Aaliyah in 1994.

The tour manager Demetrius Smith testified during his trial that R. Kelly married Aaliyah who was 15 years old then, after learning that she was pregnant with his child.

Aaliyah’s age was falsely listed as 18 in the 1994 marriage certificate that was presented before the court. R Kelly was 27 at the time.

R. Kelly will be hoping to have the bribery charges dismissed, according to new court filings. The singer’s legal team told the judge that an Illinois statute in regards to bribery, state that a charged pursuant has to tender property to a person with the intention of causing the person to influence an act.

Tour Manager Did The Bribing

The lawyers insist that Demetrius’s act of bribing government officials in order to obtain a fake ID for Aaliyah so that R Kelly would marry the underage girl, was out of his own accord.

Smith testified that R Kelly was not present when Demetrius was discussing the money for bribery. According to his testimony, the money was from another person and not R. Kelly.

Charges to be dismissed based on State Statute

R. Kelly lawyers maintain that the statute states that R Kelly would have to tender the property directly to the bribed person or to a third party with the intention of causing the third person to influence the act.”

Based on this, the legal team believes that the bribery charge should be dismissed.