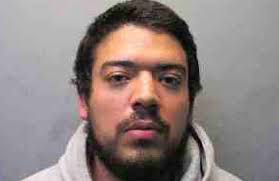 The stalker who has been harassing Taylor Swift. privacy and security of hip-hop artists are at risk following the skyrocketing growth of unhealthy obsession by fans. Recently, the dramatic arrest of Aharon Brown, who broke into Ariana Grande’s Montecito Home after stalking her and violating restraining orders hit the headlines.

Even before the dust settles, a stalker buzzed the Manhattan home of Taylor Swifts and hurled threats at her. The incident occurred at 10:47 AM on June 12. According to TMZ, the person wanted to be with the singer and threatened to harm her if she declined his advances.

After ringing the buzzer and failing to get a response, the stalker advanced into the building where the security team stopped him in his tracks. The man managed to get away, but he has since been arrested by the NYPD who have identified him as Joshua Christian.

The Serial Stalker Has an Unpleasant Aura

According to Andrea Means, who happens to be a neighbor of Christian at his Brooklyn NY place, Christian has an unpleasant aura about him. She notes that the stalker has been complimenting her daughter as ‘Oh, she is so beautiful,’ which ‘creeped’ her out. However, Ms. Means says that Christian is not scary in person although she says that it has been long since she sighted him.

After his Saturday arrest, Christian shocked the NYPD officers by saying that the apprehension was a “miscarriage of justice since the Crucifixion of Christ.” Also saying that he is a Christian scientist, the man said that he will be representing himself in a hearing that is set for August 15th.

The public prosecutor says Christian has even shown up at Taylor Swifts Tennessee home. Hence, the self-representation will be to his detriment as a repeat offender.

In the meantime, the recently released hit song ‘Carolina’ is available on streaming platforms. So far, there have been millions of views and the number is growing tremendously. 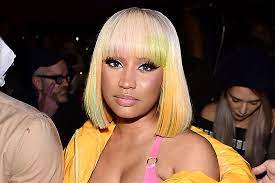 (GEMS RADIO)---Nicki Minaj dissed Kanye West at the Essence Festival on Friday. The female rapper apparently called West a "clown" during her set. Minaj said "I don't f*ck with clowns." following her performance of "Monster", where West guest verses. After performing several of her biggest tracks including, “Do We Have A Problem,” “We Go Up,” “Did It On ’em,” and “Beez in the Trap," her DJ began to play "Monster," before Minaj […]