Dr. Dre Celebrates the Finalization of His Divorce 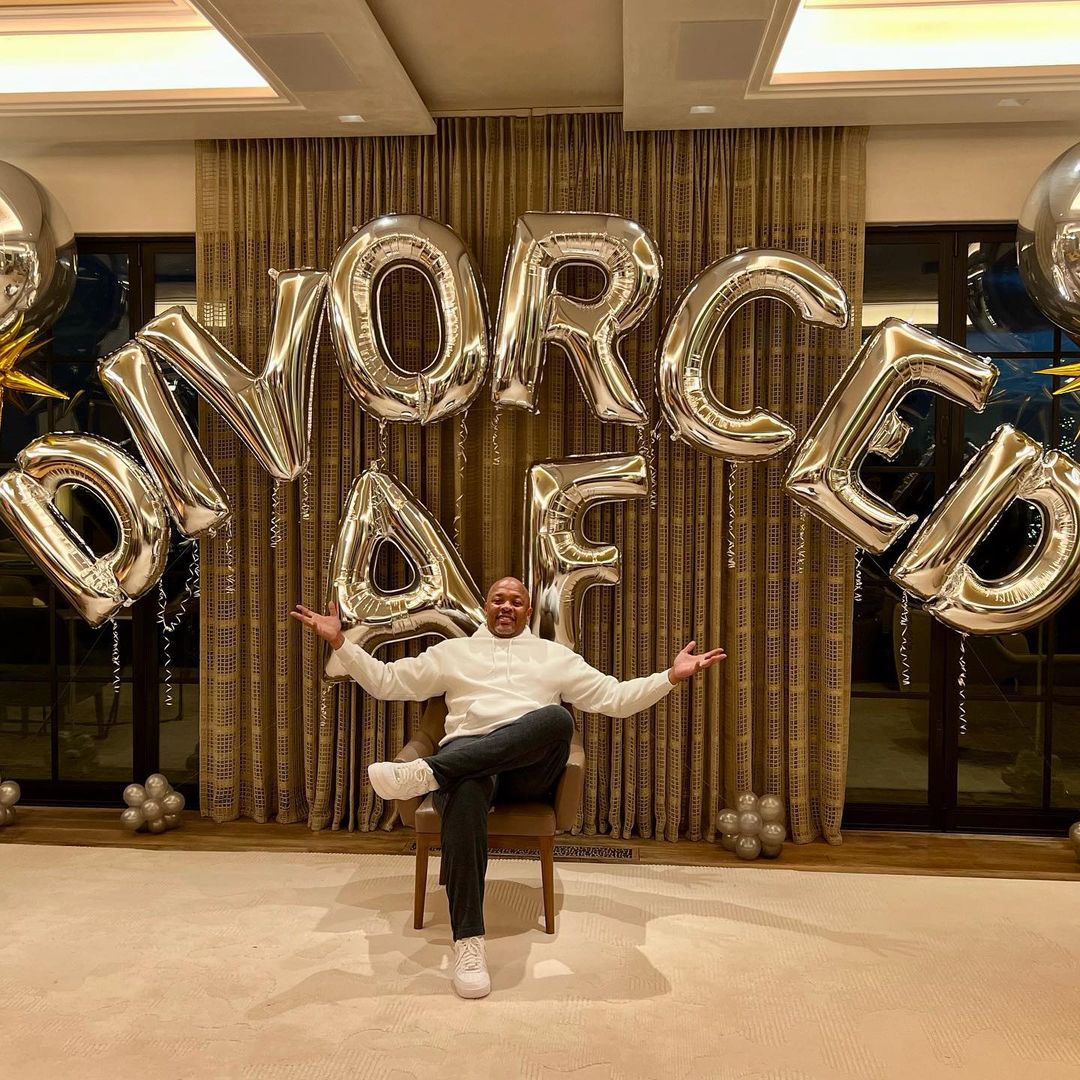 Last week, a photo of Andre “Dr. Dre” Young circulated on the internet. The photo showed the 56-year-old in a celebratory mood with balloon decorations spelling “DIVORCED AF.” The music mogul’s friend Breyton Prescott shared that Dre has finalized his separation from his now ex Nicole Young.

Meanwhile, TMZ reported that Dre and Young’s legal teams had finally reached an agreement, although it had not been signed.

Nicole filed for legal separation back in June 2020, but the two parties could not reach a divorce agreement amidst deliberations between legal teams representing the two.

In January, Nicole claimed that Dre once held a gun to her head.

In response, Dre’s attorney claimed “false allegations of domestic violence” had proved that the marriage was “irredeemably broken” and that Dre “no longer desired to be married” to her

The court ordered Dre to pay her $3.5 million a year in spousal support in July/

The ex-couple have been married for 24 years and share a son and a daughter, both over 20 years old.

A court document declared Dre and Nicole legally single in June 2021, which is a year after Nicole filed for separation.

The document read, “Marital or domestic partnership status is terminated, and the parties are restored to the status of single persons.”

Three months before the filing, Dre had filed a request for the two to be declared single persons. “Irreconcilable differences have arisen between Petitioner and Respondent as a result of which they separated.”

Dre Supposedly Rapped About It

In February, Dre seemingly rapped about her separation

Trying to kill me with them lies and that perjury/ I see you trying to f— me while I’m in surgery / In ICU, death bed, on some money s— / Greedy bitch, take a pick / Girl you know how money get.” Billie Eilish and brother Finneas O' Connell are back at it. They have started the process of what will be Eilish's third album. They have both confirmed that they are working on the follow up to Happier Than Ever. While they are both eager and excited to work on the new material, they mentioned that they have "interesting skeletons" but "not sure what animals they are". Eilish's tour for her […]